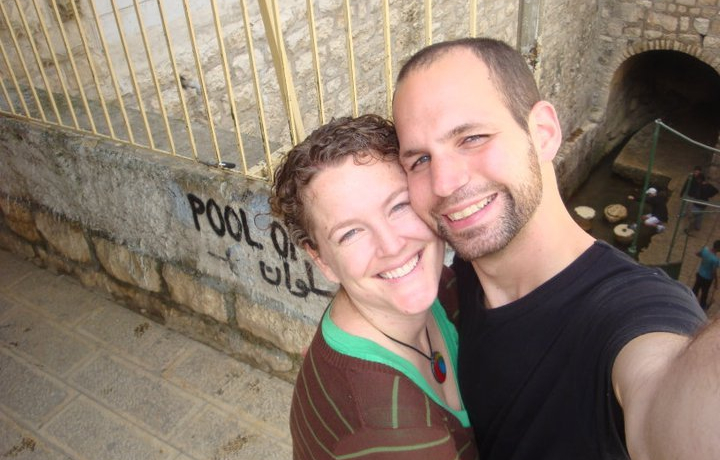 I am on maternity leave. In between nursing, diaper changes, toddler cuddles, swaddling and the rest, I suddenly have time to listen to podcasts, read a little bit and be more social during the day. Our sweet 7-week-old son is along for the ride and is very patient about joining in at the occasional get together. One of my recent outings was to the women’s Bible study that I attended before I started working.

The Bible study is a group of foreigners living in the Kingdom of Morocco. People come from many different countries to live, work and study here. We each bring our own perspective, language, denominational background, culture, and hermeneutic. We can always count on lively discussion when we read the Biblical text because of our varying histories of interpretation. This week was no different.

We were discussing the sermon on the mount. I dropped in on the 4th week discussing Jesus’ words to the assembled crowd. This week we were discussing Matthew 5:21-26 and the expansion of the commandment against murder to include warnings about anger and injurious labeling of sisters and brothers. Jesus warns of increasingly serious situations for those who are angry [they will be handed over to the local court for judgement], those who insult someone’s intelligence [they will be handed over to the Sanhedrin for judgement] and those who insult someone’s full humanity by insisting on their inability to function [they will be thrown outside the city into the burning garbage pit].

Our group started to discuss what Jesus might have meant by these words. Don’t be angry at people? Ever? The text goes on to talk about gouging out your eyes and cutting off your hands if they cause you to sin. Doing that would make you look pretty extremist as self-mutilators so we started looking for metaphorical meanings or non-literal ways to be ruthless about preventing sin.

Jesus later tells us to give to every single person who ever asks you for something. I remember thinking about that verse in college when I was living in Guatemala and panicking a little: “What if I give to everyone and then I don’t have anything left for myself??”

Jesus’ teachings are hard and can sometimes make us look or feel kind of crazy. They can freak us out. So maybe he didn’t really mean what he said, right? We try to explain away Jesus’ words. I have heard the sermon on the mount – which is core to Jesus’ instruction to his people about this new community that he brought to earth – explained away as merely an impossibly high standard that is meant to show us that we can never measure up. In my circles, it is fairly common to interpret these incredibly beautiful instructions as simply aspirational.

Growing up evangelical provided a rich heritage of commitment to scripture and its relevance to my everyday life. But I started to notice later in life that we insisted on a literal interpretation of all scripture … except for the words and teachings of Jesus! We focused on his death without paying as much attention to following the life he lived and the instructions he left for us. We prefer and prioritize instructions from other parts of the Bible. But can anything be higher and more relevant for a Christian than the teachings of Jesus?  These are ways that we use to minimize the seriousness and exempt ourselves from the things that Jesus told us to do that we would rather not do.

And this even though we love the stories of those who really do what Jesus said. The stories of radical forgiveness amaze us. The stories of peacemakers inspire us. Miraculous healings bless us. Ghandi. Mother Teresa. Soldiers who give their lives for others. The latest viral YouTube video of people from different backgrounds coming together to help someone or love an enemy. These show us the beauty of really making Jesus our boss. Maybe the ways we tell these stories are too sanitized to make a real connection to our daily lives, but if we step back and think about it, wouldn’t it make our hearts sing to live in homes and a world that were aligned with Jesus?

Maybe this evangelical blindspot (and it’s a big one!) points to a more universal aversion to the full counsel of scripture. This aversion takes different forms in different groups since we are all repulsed or annoyed by different parts of the Bible. It is trendy now in some circles to explain away the violent parts of the Old Testament. Others discard the epistles or certain New Testament authors. Doesn’t this link back to our original issue in the Garden of Eden? Wasn’t the earliest question that led humans away from God posed by the snake: “Did God really say…?” The evil impulse does not begin with outright disobedience, but by questioning if God really meant that God’s instructions should be followed. We love to explain away commands that God means for his glory as well as our wholeness and freedom.