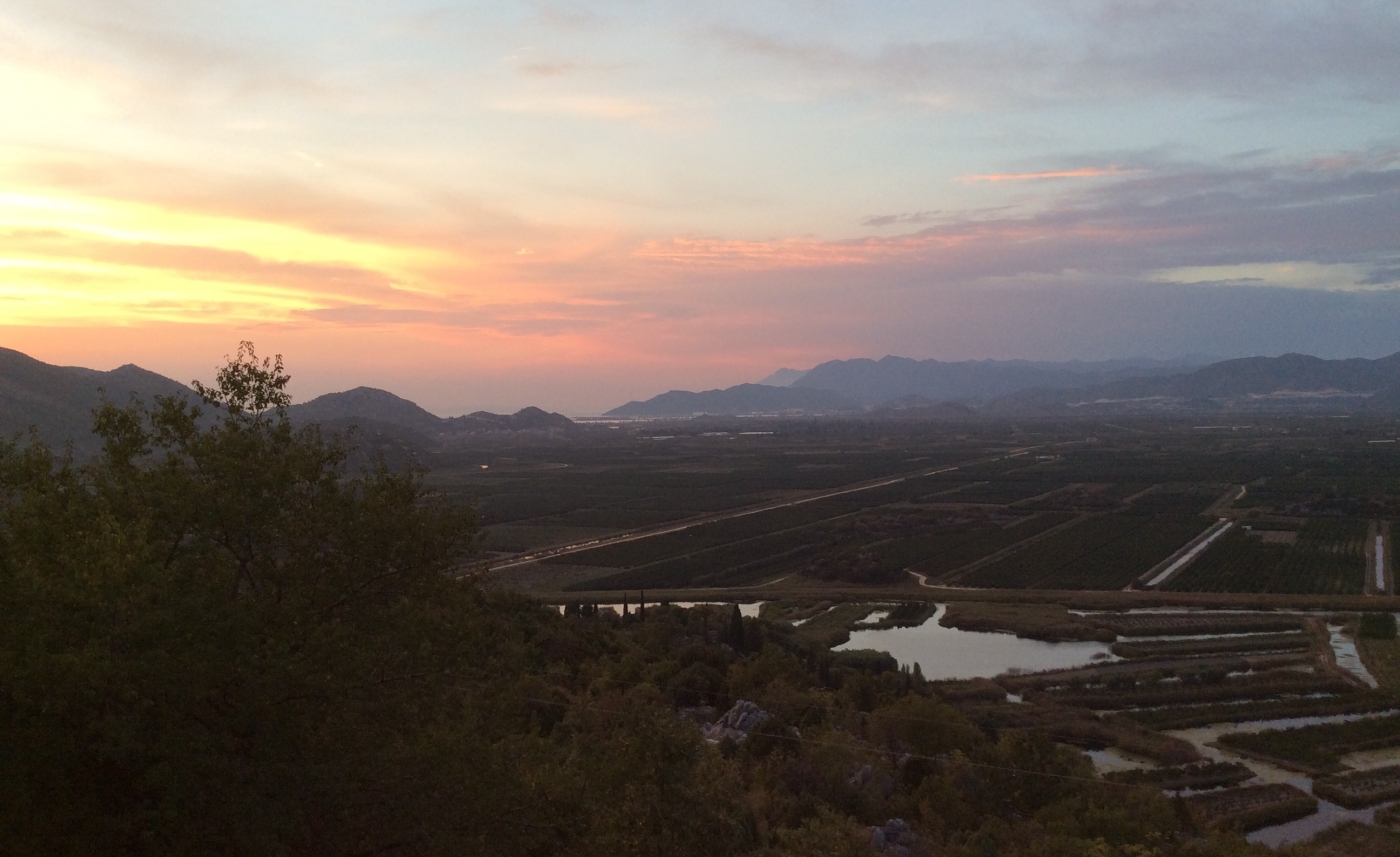 The passage from the gospel according to John from this week uses what for most people is a fairly obscure story from Israel’s wandering in the wilderness to illustrate Jesus’ mission on earth. The text says that just as the bronze serpent was lifted up in the desert, so will the son of man be lifted up. Jesus indicted that he would be lifted on a pole, and there provide salvation. If we stop thinking about Jesus comparing himself to the bronze serpent there and simply move on to John 3:16, then we short-change the power of what Jesus was saying.

When the Israelites complained – understandably – that they were without water, and – ungratefully – that they were tired of the manna, God sent fiery serpents among them to bite and smite. The translation of “fiery serpents” is somewhat lacking, I think. These were literally “the seraphim snakes” (haNechashim haSaraphim). So picture not just flaming serpents, but flaming serpents with wings who were accustomed to serving in the Heavenly court in the presence of God. These heavenly monster beings did not just bite, they flew and they terrified people. When Moses asked God on behalf of the people for this utter nightmare to be taken away, God did something strange. Instead of immediately removing the flying fiery serpents, God had Moses cast a bronze serpent. The fiery flying serpents were still terrorizing the people, but when they were bitten, the could come, look at the bronze serpent, and be healed. The terror was not completely taken away, but the people were given a way in which they could be saved by looking upon the one that was lifted up.

Jesus brought up the story of the fiery serpents to Nicodemus as a series of three object lessons. Jesus’ first point was about beings that came from Heaven were not the normal earthly variety of things. Jesus said: “Very truly, I tell you, we speak of what we know and testify to what we have seen; yet you do not receive our testimony. If I have told you about earthly things and you do not believe, how can you believe if I tell you about heavenly things? No one has ascended into heaven except the one who descended from heaven, the Son of Man” (John 3:11-13). It is important to notice, then, that Jesus does not reference just any snakes that God called together to torment the kvetching people. To make the point about where he comes from, comparing himself to a normal animal will not suffice.  Rather Jesus is pointing to his common home with the fiery serpents that were sent down: the throne room of Heaven.

Secondly, we need to remember that the bronze serpent does not only appear in the book of Numbers. During the time of King Hezekiah’s reforms, the bronze serpent plays a somewhat important role. 2 Kings 18:4 summarizes Hezekiah’s reign to say that he smashed the sacred pillars, cut down the asherah poles and cut into pieces the bronze serpent that Moses had made. The bronze serpent, originally meant as a healing gift had become an idol because the people started to worship the Nehushtan (bronze thing). The text does not, however, give a time frame for these reforms. It must have been fairly late in his reign, because even royal symbols carried the image of the winged, flaming serpents. 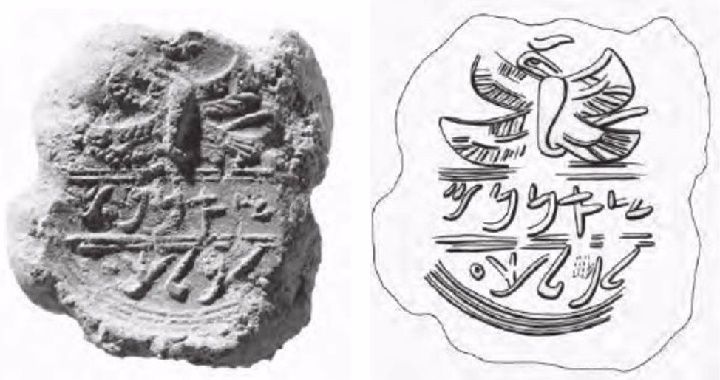 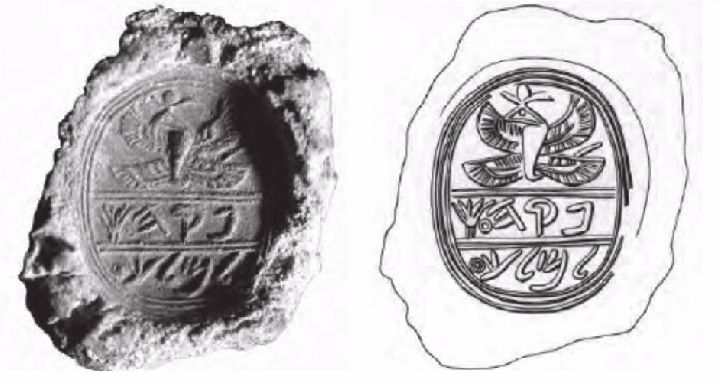 (These seals were for the cities of Tza’ananim and Apheka, both “belonging to the King.” See: Robert Deutsch, “Six Hebrew Fiscal Bullae from the Time of Hezekiah”)

Hezekiah’s relatively long reign of 29 years saw the destruction of the Northern Kingdom of Israel by the Assyrians. The Assyrians campaigned in the Southern Kingdom of Judah, including the siege of Jerusalem. When Sennacharib’s army laid siege against Jerusalem, Hezekiah paid tribute, including the gold covering of the temple doors and all the silver in the temple (2 Kings 18:14-16). Sennacharib’s records of the ransom payment state that there was also considerable bronze and other metals involved in the payment.[1] In the excavations of ancient Assyrian Nimrod/Caleh, broken bronze bowls were found that included the inscription “for the LORD” in Hebrew, as wells as other bowls that included images of a flying serpent mounted on a pole, and others that included images of sacred pillars.[2]

What this suggests is that when Hezekiah was doing his limited reforms (his grandson Josiah was the total reformer), he used the broken bits of idolatrous objects, including the bronze serpent, to pay ransom to the king of Assyria on behalf of the people so that they were not killed or taken into slavery.

Nicodemus and everyone else living under Roman occupation in Jerusalem would have at the front of their minds the ways in which God, working through previous kings, had repeatedly spared the people from captivity, and redeemed them from bondage of exile. That Hezekiah probably used the broken bits of what had become an idol to save the people from wrath was not only incredibly shrewd, but also prefigures how Jesus would be broken and given over to an evil empire in order to rescue the people. This time, they were not saved from military-political conquest by human empire, however. Instead, the son of man was crushed and descended into the realm of the dead so that he could free captives from the powers of sin and death.

Jesus is careful, however, mark a strong distinction between himself and the fiery serpents/bronze serpent. The fiery serpents were sent from God to condemn complainers to death, and then the bronze serpent was constructed to save them. Jesus only came to save, not to condemn. “Indeed, God did not send the Son into the world to condemn the world, but in order that the world might be saved through him. Those who believe in him are not condemned…” (John 3:17-18a).

Jesus used the image of the Nehushtan to explain to Nicodemus that he was sent directly from Heaven and was not just another prophet, that he would be broken and given over to empire as a ransom for the people and that his death would involve being lifted on a stake. Lest Nicodemus have the wrong idea, though, Jesus quickly described himself as coming at the behest of God’s love, and that he did not come to condemn, but to save. In this, Jesus is similar to a fiery serpent, but also quite different.

One thought on “Lent 4: Fiery Serpents and the Son of Man”