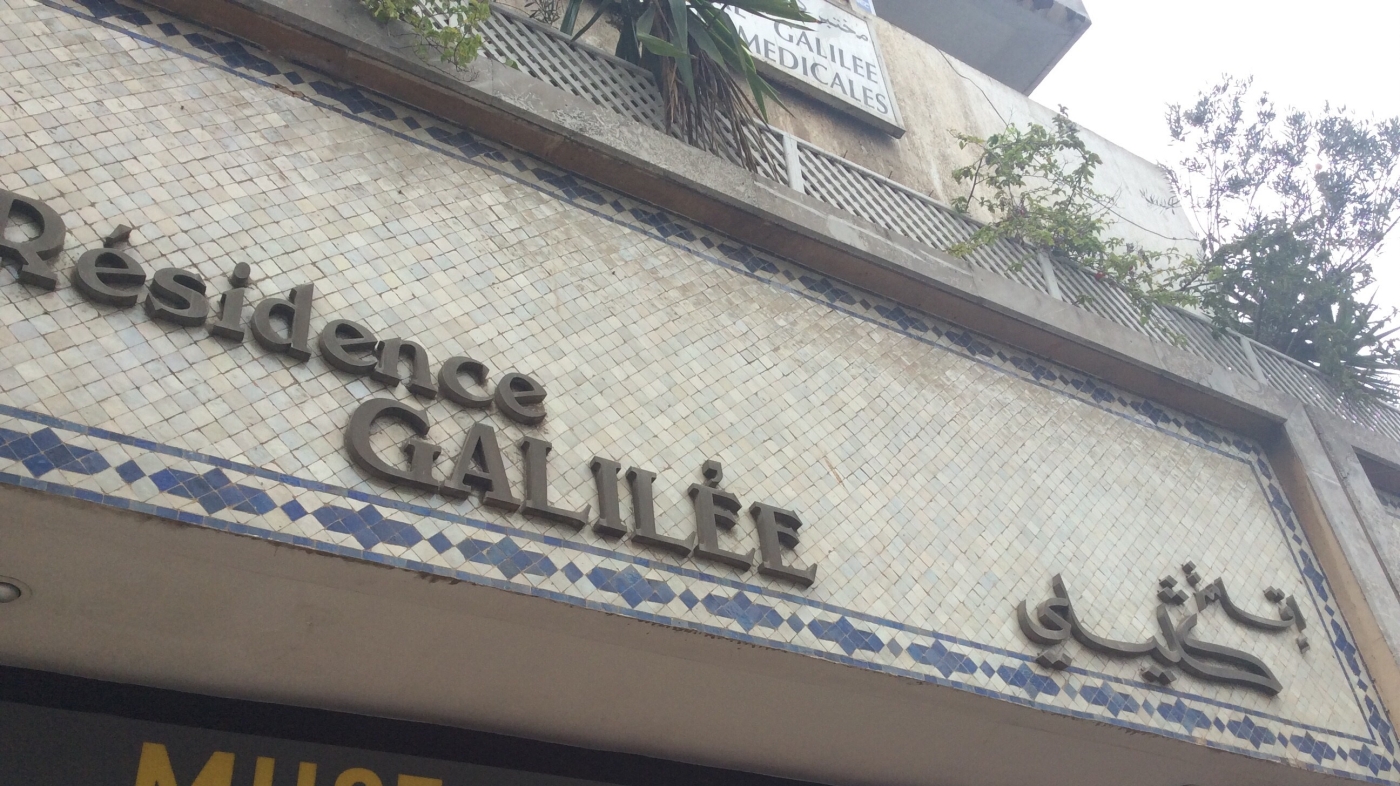 In this week’s readings, both the king of Israel and the ruler of a synagogue face the death of a beloved person. The intention of the gospel text is to point out the power and intimacy of Jesus. But both texts point to how the powerful people respond to loss.

When an Amalekite came to tell David of the death of Saul and his sons, he supposed that David, Saul’s rival, would be pleased with the news. The Amalekite lied and said that he had struck Saul down himself (but see 1 Sam 31:4-5). David was upset at the thought of the Lord’s anointed leader being killed, but truly grief-stricken by the death of his beloved Jonathan. David ordered the death of the Amalekite for having a hand in their deaths.

Then, David, ever the musician, composed a eulogy that he ordered all the Judahites to learn. He cursed Mount Gilboa which had been the place of Saul’s death, and then recalled the strength of Saul and Jonathan. He ended the song by recounting how Jonathan had been [like] David’s brother, and that Jonathan’s wonderful love for David had surpassed that of any woman (2 Samuel 1:26). David lashed out in anger, but then made his kinsmen learn a song that he wrote to mourn Saul and Jonathan, but also to remember their strength and how wonderfully Jonathan had loved David.

In Mark 5, we learn that one of the synagogue rulers from Capernaum had a sick daughter whose health was rapidly worsening. It is easy to imagine Jarius (Yair) looking for Jesus the night before when Jesus and the disciples headed out on the sea during cover of darkness. There had been a terrible storm, and Jesus had not been seen. Imagine his relief when Jesus’ disciples’ boat was spotted coming back across the sea. Jarius knew the power of Jesus to heal. He was one of the synagogue elders who had already asked Jesus to heal the centurion’s slave (See Luke 7:4-5). Indeed, as the ruler of the synagogue, he was the one most responsible for ensuring that Jesus could speak at the Capernaum synagogue whenever he wanted to share a teaching. In his synagogue he had seen demons exorcised and injuries healed by Jesus. Jarius and Jesus were probably getting to be friends at this point, and certainly Jarius supported and welcomed the traveling teacher and miracle-worker repeatedly.

So when Jesus finally came to shore, Jarius who had been searching for his daughter’s only hope, fell at his feet and begged Jesus to come and heal his daughter. Jesus set out immediately, but because of the massive crowds, he was delayed [more on that below]. By the time he arrived at Jarius’ house, which would not have been very far from the dock in a town of only 1,500 people, the man’s daughter had died. Jesus urged Jarius to not be afraid, but believe. Leaving nine of the twelve disciples behind to act as crowd control and give him some space (Mark 5:37), he walked to Jarius’ home.

Jarius’ had spent so much time looking for Jesus that his daughter had died without him present and the mandatory professional mourners and flautists (m. Ketubot 4:4) had already arrived. Jesus threw them all out (Mark 5:40) because he was so tired of big crowds. When just the girl’s parents and his closest three disciples were left, he told the girl to rise, and she did. Wanting to confirm to her shocked parents that the girl was indeed alive and not a ghost, Jesus said that they should give her something to eat (Mark 5:43) [spirits and spiritual beings do not eat: b.Yoma 75b, Leviticus Rabbah 34:8, Luke 24:41-43]. We do not know the reaction of Jarius and his wife after the raising of their daughter, but we know what Jarius did when he had been told of his daughter’s death – he believed.

When David heard of the death of his king and his beloved companion, the man after God’s own heart mourned deeply and publicly. He called on his tribesmen to sing his song of love, mourning and loss. This is a right and holy way to respond to death and hurt. When a righteous man who happened to be a friend and supporter of Jesus was losing his beloved daughter and only child, he sought Jesus’ help and believed that healing was possible. This is also a right and holy way to respond to death and hurt. God does not prevent all death and loss. Yet. But God is near to the brokenhearted (Psalms 34:18). In both the cases of miraculous healing or bitter loss, God can empathize. God has experienced the death and resurrection of Jesus. God shares our pain and hope as we await the resurrection.

BONUS: On Crowds, Touching and Healing

In the Gospel of Mark, Jesus did not like being crowded. In the first chapter, John Mark tells us that the crowds were so large that Jesus could not publicly enter a city but had to stay in the lonely places. People still came to him from everywhere (Mark 1:45). Jesus’ disciples tried to keep people from crowding him (Mark 3:7-9). But people frequently crowded so close to Jesus and his disciples that they couldn’t even eat (Mark 3:20). It was to get away from these huge crowds pressing in on him that Jesus sneaks away under cover of night in Mark 4 (see 4:36).

In the region of the “cast out ones” Jesus commanded the man freed from his demonic possession to tell his people. This is because Jesus was not concerned about huge crowds following him in this place. Every Jewish place, including Jarius’ house, Jesus commanded those who saw his miracles not to tell the “messianic secret” because the crowd size was already unmanageable. When Jesus returned to Capernaum, a huge crowd pressed in on him immediately (Mark 5:21) and relentlessly (Mark 5:24).

Jesus did not like how the too-large crowds hampered his ministry of interacting with individuals and teaching only as many could hear his voice. But he kept coming back to the crowds after refreshing himself and his students with alone time. Crowds are made up of the individual humans who Jesus loves. And so he did the uncomfortable, difficult work of interacting with crowds. It is in the context of Jesus seeking to avoid overcrowding that we have to read the story of the women with a bleeding issue.

Jesus is annoyed by, but becoming accustomed to, the large crowds pressing in on him. People touching him was not uncommon. But the woman whose faith told her that if she would only touch the ritual corners of Jesus’ garment (Mark 5:28), she would be healed, touched him and they both felt power. She immediately knew that she had been healed (Mark 5:29) and Jesus knew that power had gone out from him (Mark 5:30). This was no ordinary touch, however, but highly calculated.

The woman, by virtue of bleeding, was stuck in a state of ritual impurity. This was not a huge issue outside of her home and the temple compound. Anything she sat on would be impure and would render anyone who touched it impure. But those people could wash and be ritually clean that evening. She could never be ritually clean, however. (Leviticus 15:25-27). She was forbidden from having sex. She was forbidden from entering the temple at the thrice yearly pilgrimage festivals. She was forbidden from sharing the Passover lamb with her family and friends. She was not forbidden from participating in normal community life. She could still shop, cook, eat and work. But everything holy and special was off-limits to her – for the last twelve years! And she had spent all her money to try to recover the ability to share in the holy and intimate. Instead of things getting better, however, they got worse. So she decided to reach out, literally, to the wonderworker from Nazareth.

The Mark text says that the woman touched his garments, but the Luke text offers a bit more specificity and notes that she touched his “tassles” (κράσπεδον Strongs G2899). These would have been the ritual tassles on the four corners of his outer garment (See Numbers 15:38, where the Septuagint uses the same term “kraspedon.” Also note Matthew 23:5, where the same term is used). The woman chose to grab ahold of the most ritually significant part of Jesus’ material covering. This isn’t just a random touch, but a claim on the most holy part of Jesus’ garment.

And how it should have worked is that Jesus was rendered ritually impure for the day until he washed at nightfall. Make no mistake, this was not a sin, either for the woman or for Jesus. Because they were in Capernaum, it really would not have been that important. Jesus would have washed again and been made ritually pure before entering the temple, and that would have been the only time ritual impurity really would have mattered. Except for some Pharisees who tried to maintain constant ritual purity, no one would have been too upset about this. But, she should have rendered Jesus temporarily ritually impure.

But the opposite happened. Instead of her making him ritually impure, a touch of Jesus’ garment rendered her “clean” for the first time in years. And she was restored to full community. She could go to the temple. She could eat the Passover sacrifice and any others that her family consumed. And she could finally have sexual relations again after twelve years. She was restored to the potential for intimacy and holiness.

And this is the theme of Mark 5 and the task that Jesus does three times. He restored the man freed from unclean spirits (Mark 5:2) to his people (Mark 5:19-20). He restored the woman who was ritually unclean to full potential for intimacy and holiness in her community. And he touched the hand of the unclean corpse of a young girl (Mark 5:41). Death is the ultimate uncleanliness and defilement. But he took a dead body by the hand and raised the girl to life and returned her to her parents. Contrary to the usual pattern of impurity rendering anything it touches unclean, Jesus’ holiness undoes defilement and uncleanliness. And in so doing, Jesus restored a demoniac, a permanently defiled person and a dead girl to full inclusion in their community. Jesus was not healing for healing’s sake. But he was restoring those who had been lost to their people.

6 thoughts on “Ordinary Time 6: Blunting the Sting of Death”